Who are they, In our trees, our Streets, our Roofs ? Why are they here?

Since at least 2013 we have been recording the changes in the skies of New York City;  Sculpted Clouds,  Impossible things with the Sun and the Moon, UFOs,  Chemtrails, use of advanced  silent propulsion systems (antigravity),  Invisible Aircraft,  use of flying craft that are disguised as everyday street vehicles,  use of holographic technologies, Increases in paranormal activity and weather unlike any we've previously had - at least in my lifetime.

Most of our visible work has been concerned with  activity in the skies but we have been  paying attention to and recording more earthbound topics all along.  One topic that presented itself early on had to do with where the massive amounts of drones and flying craft were going when not in the sky.  Were they human  in origin ? Then there must be bases, either at existing facilities, in space, the oceans or perhaps underground.   We have found some of them in a surprising location: New York City's tree canopy.     The cloud sculpting  is being done by Alien beings that  have an unknown agenda and are  invading the Earth in massive numbers.  Due to Chemtrails and other mind control efforts, the general public has been kept blissfully unaware of this activity. You may recall that the last time America thought it was being invaded by  Aliens, there was great panic. This was the Orson Welles 'War of the Worlds' radio broadcast in 1938.    Aliens are here now, in fact, taking your valuable parking spot  on 'Alternate Side of the Street' days. We have been the victims of an operation so sophisticated we haven't even known it was going on. So sophisticated we haven't even known that it's just about over and it's  just about lost.... ​

Look at these photos.  There are many common forms in the foliage and the clouds. The ducts, the delta forms, the Hieronymus Bosch type creatures. The projector equipment. Below is the You Tube Video. To the left are some of the more interesting photos at a decent resolution.

For higher resolution on these photos, go to our sister site www.cloudorIron.com here is the page: 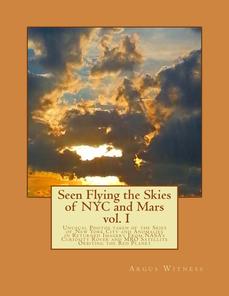 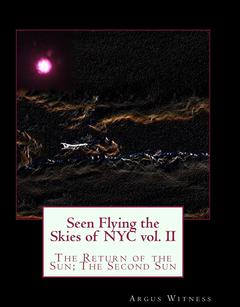 These Photographs are real.  Contrast, Brightness, Color enhancement may have been done to bring out details.

Is this the age of